Short Takes on a Trio by New Zealand Authors 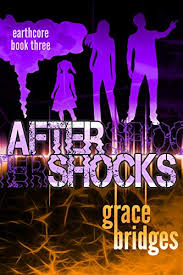 Aftershocks is a fine addition to the Earthcore series, with a more interesting conflict than the earlier books (RotoVegas and Volcano City). Anira Fraser—the leader of the Earthcore team, when her mind isn’t befogged from being away from her guardian taniwha’s hot springs—goes to Picton with Tiger McRae for a high-school track competition, and nearly starts a war. Anira and the Earthcore team are caught in a dilemma: how can they use their taniwha-bestowed superpowers to ease the friction between the territorial taniwha of New Zealand’s North and South Islands when it was their gifts that triggered the rising tensions?

Audience: teens mainly, but a fun, light read for anyone. 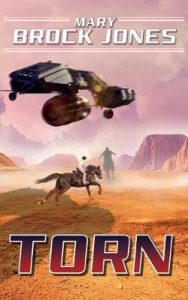 The planet Arcadia is facing ecological disaster because two competing wealthy, greedy families have driven their ecosystems out of balance. Their eco-engineer children have to work against their families’ wishes to put things right. This story can be read as a timely sci-fi parable on the ecological catastrophes facing our own planet, or it can be read for the romance in a sci-fi setting. The romance between the two engineers didn’t really work for me, at least not in the first half, but it got better in the second, when they had more real reasons for protecting each other. The political machinations had some problems, too, but the world-building—in terms of the physicality of the planet Arcadia—was excellent.

The Silver Path by Caitlin Spice

The dozen or so stories in this collection are fairy tales, but not the sanitised happily-ever-after variety. Despite the urban settings with modern conveniences like cell phones and air travel, these are the kinds of stories adults whispered to each other while huddled around the fire, in the days before there were electric lights to drive away the darkness and nameless things howled outside the triple-bolted door. The fae here are glamorous, cold, cruel, and not to be trifled with. The stories are beautifully written, splendidly illustrated, and disturbing, full of loss, regret, guilt, obsession, and terror.

Note that the ebook is only available (as far as I know) from lulu.com.