The Stone Wētā by Octavia Cade is a timely and rather chilling take on the repression of scientific data by climate deniers and corporate/political interests. It reads a bit like a World War II spy story, with the scientists acting as the Resistance and corporate agents the German Gestapo. A global network of female scientists smuggle climate data, and every so often one of their number goes missing or has a close brush with catastrophe. The rest continue their work, constantly watching over their shoulders for looming disaster.

The plot is not the book’s strong point; the story is more of a series of vignettes in the lives of the women in the network. There are ten chapters, each one dedicated to a different member, code-named after some organism she feels an affinity towards (Antarctic Lichen, Glass Sponge, Sand Cat, etc.). Scenes from the women’s activities and their emotional responses are interspersed with short discourses on the peculiarities of that organism. With so many characters, the individual chapters came to feel repetitious, and it sagged a bit in the middle, but picked up again at the end. Aside from that, I liked the format, with the chunks of scientific information gleaming like semi-precious stones in the narrative flow.

This beautifully-written book is a powerful and prophetic work about the value of science and the integrity of the people involved. 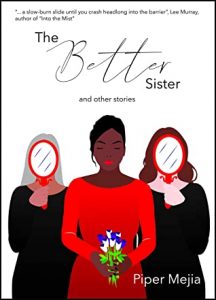 The Better Sister and Other Stories by Piper Mejia is a collection of nine very well-written but emotionally demanding stories ranging from tear-jerker to horror. They cover a variety of settings and subject matter, but are thematically connected by unhealthy family relationships, usually involving a trio of sisters, some loving and supportive, some not. Some have fantastic elements, while others are straight-forward contemporary family dramas. Each one is gripping, hard to put down.

There are no happy endings in these stories, but if you don’t mind the grim subject matter (parental abuse, spousal abuse, alcoholism, betrayal, a society caught in an endless war, …) they can be a rewarding read. Particularly if you’ve ever had a sister, or wondered what it would be like to have one. 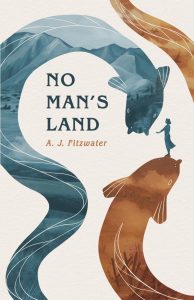 No Man’s Land by A J Fitzwater offers an intriguing mix of genres. Set during World War II, the protagonist is a young woman who joins the Land Service, an apparently under-appreciated corps of women recruited to replace the male farm labourers who had gone off to war. She goes to work on the farm where her twin brother, now in the army, had worked as a shearer, and encounters disturbing revelations about him and his friends, and about herself. When he is wounded and in serious danger from Rommel’s Germans in North Africa, she suffers along with him, but what can she do to help, half a world away?

Part historical drama, part sweet LGBTQ+ romance, and part pure fantasy, this novella offers a glimpse into the world of mid-century rural New Zealand, taking into account both the backbreaking physical labour involved in Kiwi farm life, and the dangers of non-heteronormative desires when homosexuality was still illegal. As an immigrant to New Zealand, I was tantalised by the Land Service, and would like to find more stories about the women who participated.

All three of these books are short-listed for this year’s Sir Julius Vogel awards, New Zealand’s annual awards for speculative fiction, in their respective categories: The Stone Wētā in Best Novel, No Man’s Land in Best Novella/Novelette, and The Better Sister and Other Stories in Best Collected Work. I’m not attempting to make any predictions here (I haven’t gotten through all the contenders yet), just highlighting a few that touched me.