High fantasy novels for readers from teens to adults. 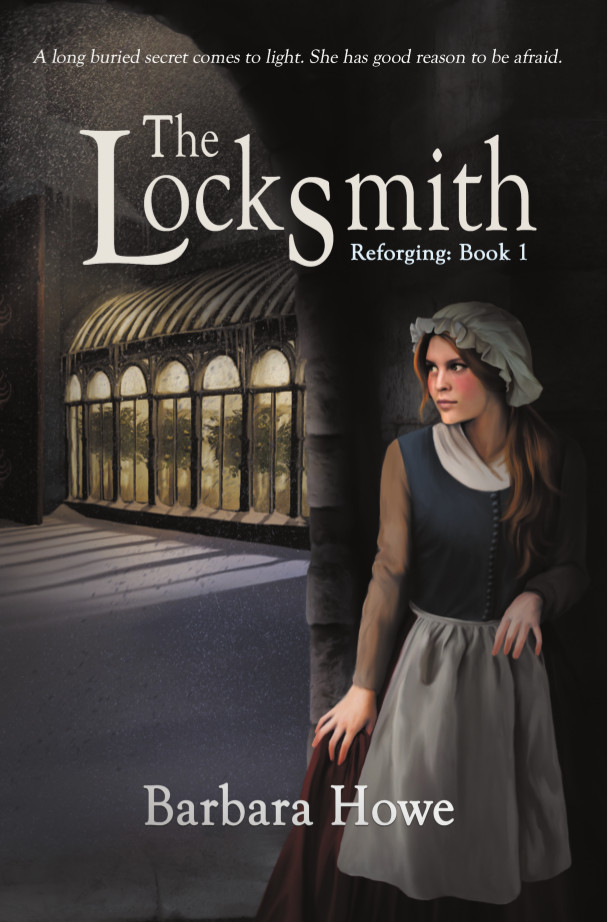 Strange that, in a world where membership in one of four magic guilds guarantees respect and wealth, Lucinda Guillierre is terrified of being exposed as a witch. The Fire Warlock finds her attitude puzzling but is not alarmed. Not, that is, until a long-buried secret comes to light.

She has good reasons to be afraid.

As war looms and dangerous romance beckons, who will have the best chance to kill her? Her enemies, her friends, or Lucinda herself?

An empowering adventure through a magical world that is both warmly familiar and delightfully new. Lucinda Guillierre’s journey toward unexpected power hearkens back to the very best of Mercedes Lackey, Diana Wynne Jones, or Naomi Mitchison. A spellbinding beginning to a landmark fantasy series.

– David Bowles, author of the ALA honor award winning ‘The Smoking Mirror’

The Locksmith can be found at Amazon, Book Depository, Barnes&Noble, and Kobo. 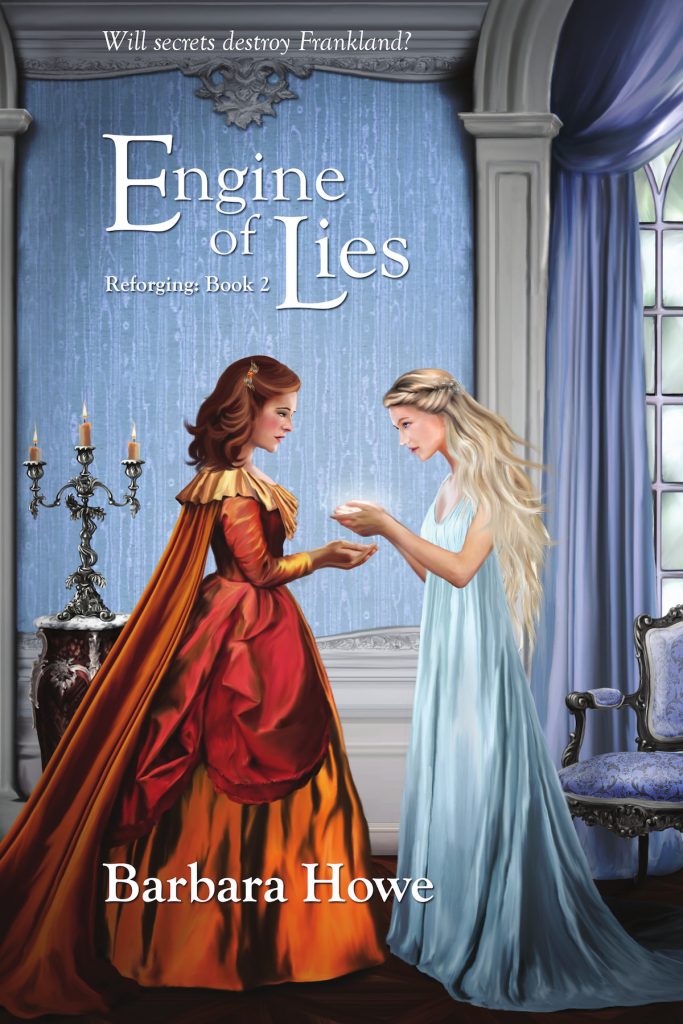 He never promised happily ever after, but Lucinda is still dismayed by how quickly reality intrudes on her fairy tale. Assassination attempts and lightning strikes disturb her honeymoon, but the return home brings no peace of mind. When the discovery of a magical conspiracy shakes her faith in everything she trusts, she vows to expose the Fire Warlock’s most shameful secret and see justice done.

As a hot summer draws towards a violent end, Lucinda teeters between terror and rage. She’d be less angry about risking her life if she didn’t suspect her husband—her hero!—intends to step aside and let her die.

I really like the way “Engine of Lies” complicates and expands the world Barbara Howe introduces to us in “The Locksmith”. Lucinda continues to be an engaging and admirable protagonist, with many strengths but realistic flaws.

– Tim Jones, author of ‘Where We Land’

Engine of Lies can be found at Amazon, Book Depository, Barnes&Noble, and Kobo. 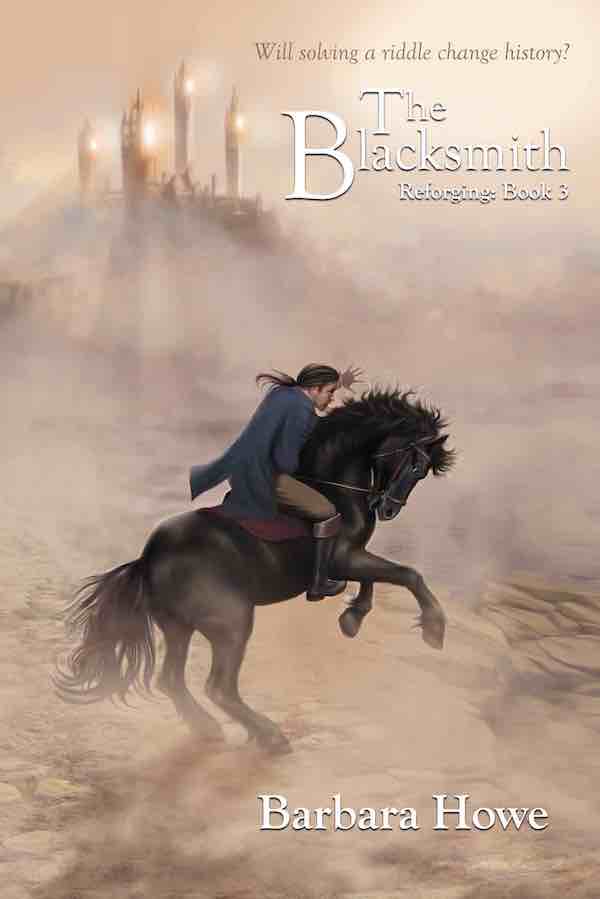 How is the king like a blacksmith? He has a hammer as well as a sword.

Duncan Archer has heard that riddle many times, but he doesn’t know what it means. No one does, not even the members of the Royal Guild of Swordsmiths. It isn’t Duncan’s business anyway. Good sense tells him to stick to beating iron into shape for the residents of his backwater town, and not worry about the king and his nobles pounding Frankland into the ground.

But good sense never stopped Duncan from poking his nose into everyone else’s business. If it had, he might not be a fugitive, the subject of the biggest manhunt in the country’s history.

With a charge of murder hanging over his head like a sword, understanding that riddle becomes much more urgent.

This book retells a great story from a new perspective; the hero who never set out to be one; the common person whose decency puts him on the path to make a difference. I love that the courage needed was not the courage to slay dragons. It was the courage of integrity.

I love how the author weaves current issues into a story with believable characters, but a magical world. I have loved every book in this series so far, and can’t wait for the next one.

The Blacksmith can be found at Amazon, Book Depository, Barnes&Noble, and Kobo. 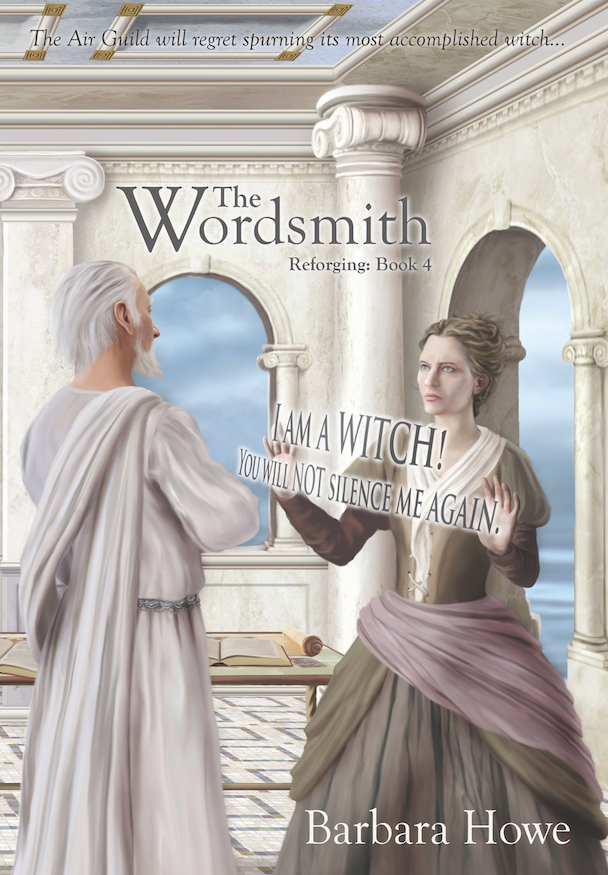 The Wordsmith can be found at Amazon, Kobo, Book Depository, or Barnes&Noble. 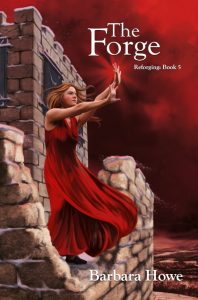