Does a collection of optimistic, easy-to-read fantasy novellas sound appealing? Especially if they include a bit of romance? Then check out the books at WitchyFiction.com. This brand is the brainchild of a group of New Zealand writers who began these stories to cheer themselves up during lockdown in 2020. The results are lightweight tonics for times when you need a lift to the spirits, something I’m very appreciative of these days.

The first entries were published in September 2020 and there are now more than a dozen titles available. Of the ones I’ve read—they’ve come out faster than I could keep up with, although I have most of them in the queue on my e-reader—they are all sweet and optimistic, with a witch as the main character. They are set in contemporary Aotearoa/New Zealand, but you don’t have to be a Kiwi to enjoy them.

As with any group of diverse writers, the quality of the writing varies, and the romance isn’t necessarily integral to the plot, but they are fundamentally generous in spirit: LGBTQ+ friendly and concerned with healing broken relationships or with protecting family, friends, and community. These stories are about witchcraft in the mode of herbal remedies and the Wiccan philosophy of “an it harm none, do what ye will”, with magic the outgrowth of connections to the natural world.

Here’s a sample of the Witchy Fiction I’ve read so far: 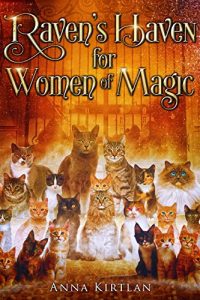 Raven’s Haven for Women of Magic by Anna Kirtlan

I love this cover. What can I say? (In fact, I like all the Witchy Fiction cover art.)

Cassandra, a young witch working among mundanes for the Wellington City Council, saves one from a deadly, hurtling glass shard during an earthquake. They fall for each other, even though she’s against mundane/witch pairings, as it’s too dangerous for the oblivious mundane. At the same time, Cassandra is trying to keep the witching community’s existence secret, despite the irresponsible antics of her grandmother and other residents of Raven’s Haven for Women of Magic.

When the retirement community’s familiars (all cats) disappear, followed shortly afterwards by the witches themselves, Cassandra has to find out why. And as her two separate worlds collide, she discovers her new admirer is not nearly as oblivious as she assumed.

I enjoy this author’s sense of humour, and this was a fun (if sometimes silly) read, with crones that were more than they appeared to be, some ridiculous puns, a few pokes at local politicians, and of course, cats. 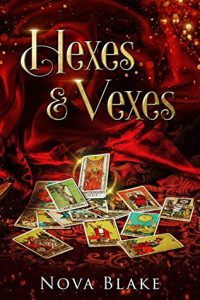 Hexes and Vexes by Nova Blake

A teenage girl begs her older sister, Mia, to come home to rescue their third sister, Camilla, from a hex. When Mia, the witch, arrives after ten years away, she has to confront the fallout from an old tragedy: her best male friend in high school died and the town blames her for his death. Another old friend, Georgia, is embittered and still angry with Mia.

This was an engaging story about the complexities of friendships and family ties and the necessity of both letting go and taking responsibility for one’s actions. The new romance was superfluous to the main plot; the real action was between the four women: Mia, her sisters, and Georgia. 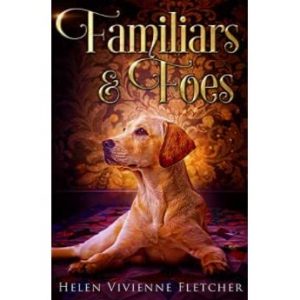 Adeline, who doesn’t yet know she’s a witch, can see ghosts. She has watched them all her life, but has never interacted with them. So it comes as a shock when one speaks to her in the supermarket. That one, at least, seems harmless. A more malevolent spirit attacks her in her home. The situation escalates as that ghost draws power from other people in Wellington, casting a pall over the city.

With the help of friends both old and new, including another woman who helps her discover her powers as a witch, Adeline digs into her family history to uncover an old, and still unresolved, tragedy.

There’s a lot to like about this story: glimpses into the lives of two women—one blind, one with epilepsy—with service dogs/familiars, the cohesion of a “found” family, and a romance involving one of my favourite tropes (old friends to lovers).

This entry was posted in Contemporary Romance, Fantasy, Kiwi author. Bookmark the permalink.