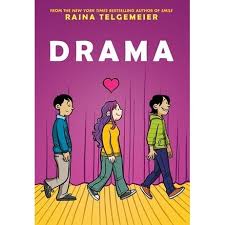 Audience: middle school and up

Apparently I’ve had it wrong all my adult life. I thought explicit sex involved, well, contact or at least display of private body parts. You know, actual sex. But I’ve just discovered that a simple kiss is enough to earn a book the label “age-inappropriate, explicit sex.” My dad always kissed my mom goodbye before he left for work in the morning. I thought it was sweet. My husband and I do the same. We’ve probably scarred our daughter for life. How could we have been so wrong?

What’s that you say? That it’s fine for a married couple to kiss? That it’s even a good thing for parents to demonstrate to their children that they’re fond of each other? And that plenty of G-rated movies, like Disney’s Sleeping Beauty, show kisses. It’s only when the kiss involves two boys that it becomes “explicit sex.”

You can’t be serious.

Unfortunately, it appears a lot of people are. According to the  American Library Association, this is the situation for the graphic novel Drama, by Raina Telgemeier, which has been in their list of the top ten most challenged books for two of the past three years. In celebration of Banned Books week, I bought a copy to see for myself what the fuss was about.

I still have difficulties seeing what the fuss is about. Drama is a charming story, for and about middle-schoolers, concerning a school drama club putting on a musical. The protagonist is a girl a parent could be proud of, and the focus on the stage crew rather than the actors was a pleasure. The story is also about the drama (pun intended) of young teens in the grip of crushes, triangles, and sexual orientation confusion. Age inappropriate? I remember kids starting to pair up at that age, and crushes I had, so no. (And our daughter was about that age when our friends Jim and Dick got married. I think it was the first wedding she’d ever been to. Starting her off on the right foot, eh?) Drama’s biggest crime appears to be using humour and a light touch to make kids attracted to members of their own sex seem like just normal, ordinary kids. Well, aren’t they?

I wish I could just say that the boy’s part in the story was about overcoming shyness, and finding his own voice. That’s true, but not what people notice, and that’s a pity.

The adults who object to the LGBTQ concerns in this book probably mean well, but their family values aren’t my family’s values, and their angst isn’t my angst. When teens send each other explicit selfies so often there’s a word for it (sexting), when the internet is awash in pornography, and violence and disrespect towards others is endemic in our society, how can anyone justify wasting their energy on outrage over a consensual kiss between two boys?

I’m ranting. Time to stop and eat some chocolate to drive the dementors away. Maybe I’ll feel better after a nap…